Geographic Information Systems (GIS) technology has been an amazing addition to just about every field. From creating plain, digital maps to producing neighborhood datasets for income level and family size, GIS has allowed people to collect and analyze more data than ever before. One of the great things about GIS technology is that it can let you look at changes over time in situations where that might not have been possible before. This includes the encroachment of development on the flora and fauna around it.

With GIS, you can track wildlife migration patterns and find watering holes, dens, and other signs of existence. This helps developers locate populations of endangered species before the developers submit a plan to raze an area for development. When the developers see that there are animal communities in the area, they'll have to submit plans to the local government (e.g., city, county) to show they either aren't going to touch endangered species' habitats or that their work won't adversely affect other communities.

Locating these communities also helps the developers create ways to keep wildlife from wandering into the development. For example, if there happen to be families of deer that regularly cross the area, the developers will know they have to include exclusion methods, such as taller fencing.

Vegetation isn't just one mass of plants. You can have communities, subecoregions, biomes, and so much more. And knowing where the borders of each of these regions are is essential for both developers and conservation groups. If any of the plants are endangered or rare, then the developers have to avoid affecting those. But even if the vegetation is very common and not subject to special legal protections, the developers will want to know what is where because the soil could change, the land stability could change, the fire risk could change – all of these have an effect on building processes and on those who eventually live and work in the area.

GIS also allows cities and counties to monitor the development of land and the encroachment of that development on known communities. For example, building in undeveloped areas on the outskirts of cities in Southern California often means that coyotes and other common wildlife might venture into the development more than they otherwise would into the older and more developed central regions of urban and suburban zones. Officials can monitor reports of coyotes attacking pets, something that is unfortunately all too common in areas where developments meet undeveloped land, for example, and track the reports via GIS technology.

Whether you work for a developer or are a city official tracking development near green spaces, GIS is essential. If you need to monitor several local areas, you can track it via GIS. Contact a GIS service near you to learn more. 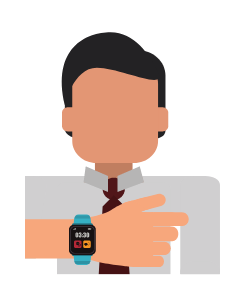 Need Tech Support? Why You Need to Work With a Consulting Service
4 January 2022

If you own a business, and it operates on Apple te …

Are you investing in a camera security system, but …

Are you thinking about switching to satellite TV a …

If you are someone who is in charge of an emergenc …